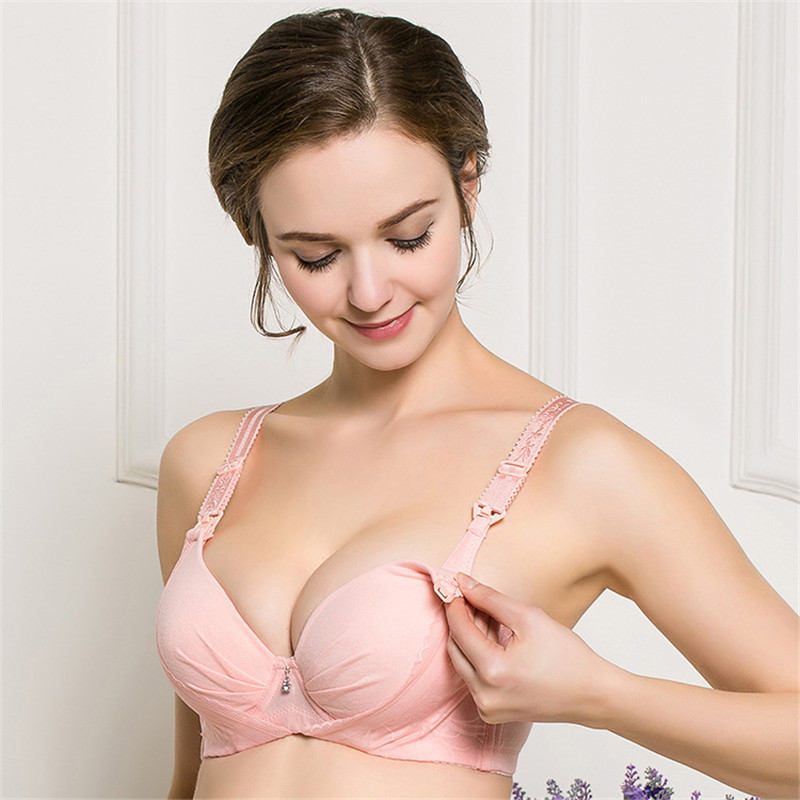 A lactating mother’s life is not an easy one. In fact, it’s one great example of multi-tasking, doing all the things at the same time. Normally, the lactating mother would wash the bottles, do the laundry, cook, and feed the baby. With everything coming off spontaneously, she needs a durable and reliable bra that will come off easily so as to feed the baby instantly. This is where the nursing bra comes in.

A nursing bra is specifically made for lactating mothers, to provide ease and comfort when feeding the baby. It also gives instant access to the nipples enabling the mother to breastfeed the baby without having to remove her bra.

However, having a nursing bra is not enough to resolve the problem of breastfeeding the baby while doing other things at the same time. You still have to consider the right material that makes nursing bra an effective tool for easier breastfeeding.

Here are some tips:

Keep in mind that breast size do change during pregnancy and post-maternity days. And so, the breast size you have before pregnancy may differ when you are into the second trimester of your pregnancy, and may even increase or decrease up to the time when you are already breastfeeding your baby.

And so, the best time for you to buy a nursing bra is during the second up to the last trimester of your pregnancy. This because your breasts are already at its biggest size and that your older bras may no longer fit well.

When choosing a nursing bra, you should take note of its size. It should be large enough to give room for nursing pads. But do not neglect the support that you need as well in a nursing bra.

If you want to reserve some milk before you get down to doing household chores, then you might want to consider a nursing bra that has an additional feature like a pumping system. Make sure that it offers you a free hands option.

5. Do not go for under-wired nursing bra.

It’s best that you get a nursing bra that is not equipped with under wires. This will only make your breastfeeding tedious. Plus, it might even block the milk ducts giving you a hard time producing milk.

This kind of nursing bra is not suitable for breastfeeding mothers because it will give you a hard time snatching your breasts back in place.

You should choose a nursing bra that is made of breathable fabric. This means that the cups should allow some air to pass through. Basically, the best material for a nursing bra is cotton, though some manufacturers are considering the use of new kinds of synthetics that offer air passage just the same.

8. Do not buy many nursing bras at the same time.

It is best that you do some testing first. Buy one nursing bra first then observe if it is good enough for your needs. If you liked it, then by all means buy yourself three or more.

Indeed, nursing bra may look just like the other ordinary bra but because of its special function, there are so many things to consider first before buying one. So, it is best to keep these pointers in mind so that you’ll not end up being frustrated. Remember that your baby can sense your emotions, and so, it might frustrate your baby too. With just a mere neglect on the right features of a nursing bra, you end up with so many.

Review Of Plus Size Fashion From Simply Be

It is quite right to say that it is the clothes, which make a complete woman. People who are naked...