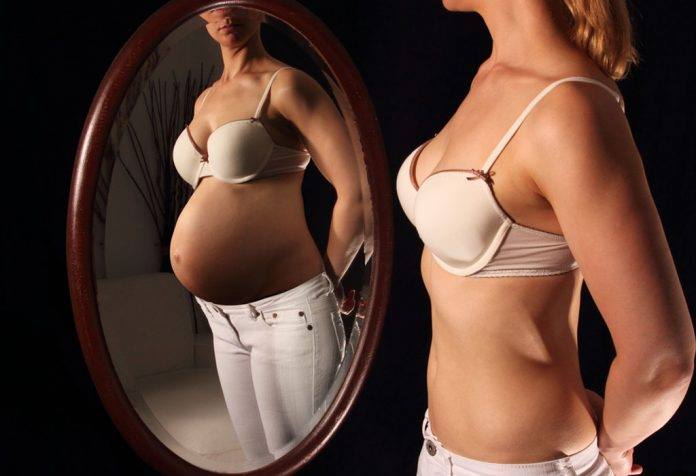 Pregnancy can be a truly joyous occasion with the expectation of a new baby being extremely blissful. Sometimes, there are cases there are some signs of that are indicative of pregnancy, but the woman is not pregnant. While this can be a stressful situation, it is best that you understand the full implications of this condition known as pseudocyesis.

Pseudocyesis is the medical term for false pregnancy. In these cases, the woman will experience many symptoms that indicate pregnancy, but there is not actual foetus developing. The symptoms include a growing belly, morning sickness, irritability, back pain, etc. This condition is also known as phantom pregnancy or hysterical pregnancy.
Surprisingly, this condition also occurs in men and is known as sympathetic pregnancy. It is mostly observed when the man’s partner is pregnant.

What Are The Causes Of Pseudocyesis?

While researchers have not been able to pinpoint the exact cause of pseudocyesis, there are reasons to believe that the reason could be either physical or psychological. Physical reasons could be ovarian cysts or tumours. Most evidence shows that pseudocyesis is common in women who have an intense desire to become mothers. The intensity sends a signal to the brain which makes it believe that the body is pregnant. The rest of the body receives signals and is prompted to behave as it would if it were pregnant.
Pseudocyesis occurs with many bodily systems working in tandem. The endocrine, cortical, hypothalamic, and psychological functions work together complexly. Stress on the ‘hypothamo-pituitary-adrenal’ axis is what leads to a phantom pregnancy.

Who Are At Risk Of Having False Pregnancy?
It has been observed that false pregnancies occur in certain types of cases. Women who have had the following conditions are more at risk than usual:
• Multiple miscarriages
• Infertility
• Loss of a child
• Mental breakdown (If you’re suffering from anxiety, depression, or struggling with mental health issues, BetterHelp can help this in this situation).
Women who want a baby with intensity are usually seen to suffer from a hysterical pregnancy.

Women At Risk Of False Pregnancy

What Are False Pregnancy Symptoms?
In such cases, women feel signs and symptoms of pregnancy or rather, what they think the symptoms of pregnancy are, which is why they believe that they are pregnant. False pregnancy signs and symptoms include:
• Missed periods
• Swollen belly
• Weight gain
• Enlarged breasts
• Changes in the skin and hair
• Frequent urination
• Morning sickness
• A feeling of foetal movement
Usually, the woman will notice a false pregnancy belly and think that she is pregnant. It is advised that pregnancy is established only after the required pregnancy tests.

What Are Its Characteristics?

• The main characteristic of a phantom pregnancy is the absolute belief of the woman that she is pregnant.
• Irregularity with menstruation is commonly seen in women who are suffering from a false pregnancy.
• A majority of women with a phantom pregnancy will report that they feel foetal movement.

The First Event of the School Year The Homecoming Dance is normally the first big formal event of the year...